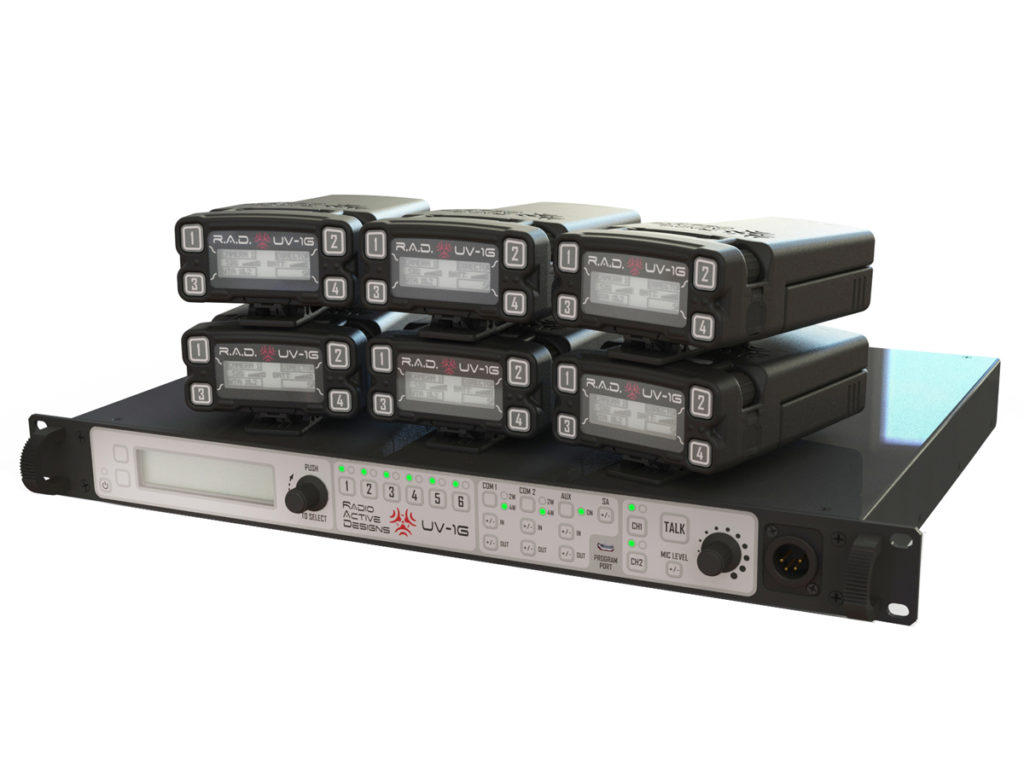 “We are extremely pleased to have crossed this hurdle,” explains James Stoffo, CTO, Radio Active Designs. “We have been actively working with European distributors who are excited to bring our product to their countries. We think the European production community will embrace the UV-1G as the true problem solver it is for a crowded RF market.”

The RAD UV-1G base station utilizes Enhanced Narrow Band technology, which enables the unit to occupy a mere 25 kHz of bandwidth in the UHF range, severely minimizing its UHF footprint. The body packs operate in VHF, which has more open bandwidth in Europe. In addition, because the UV-1G is analog, it can be coordinated and licensed, making it superior for events with multiple independent users. Fortunately, one set of antennas provides support to an unlimited number of belt packs.

“The RAD beltpacks are also vital for life safety,” adds Stoffo. “The beltpacks use a rebroadcast side tone to ensure that everyone on the system hears your voice — an important feature that most other systems do not offer.”

The UV-1G has been field proven regularly on such projects such as rocket launches and maintenance operations, NBC Studio NY, and Disney World, Orlando, as well as many sports and entertainment venues. It is also the wireless intercom of choice on the largest live broadcast events in America such as the Super Bowl, NBA All Star Games, and is out on tour with many top music touring acts.

“Production professionals in Europe that require a system that can coordinated and licensed will be amazed with the UV-1G,” says Stoffo. “It solves so many communications problems. We are excited to support an international user base and help simplify their events.”

“Venues and events will continue to be RF challenged – this is not something that is going to change anytime soon,” concludes Stoffo. “The UV-1G is designed to simplify the production process and alleviate any concerns about communications reliability. We are delighted to be able to bring this technology to audio professionals worldwide.”