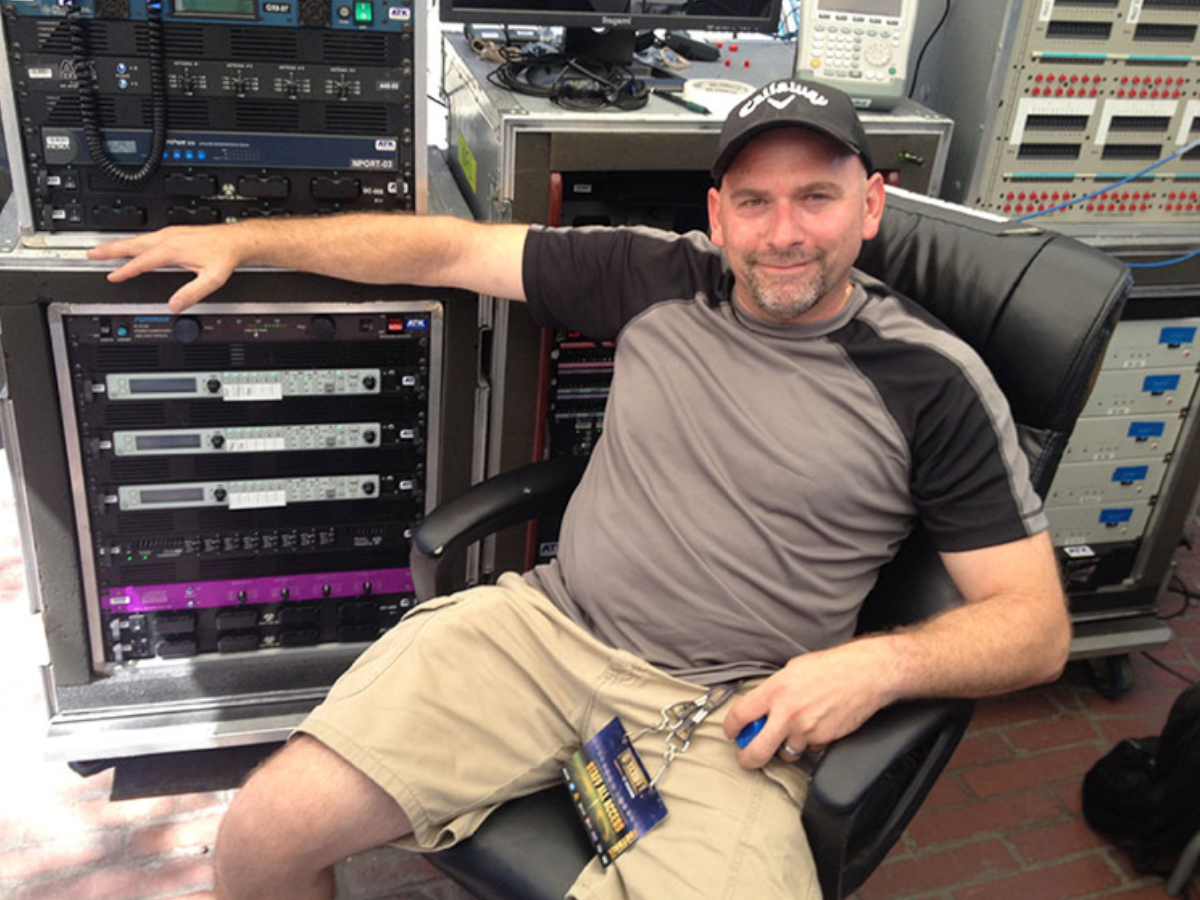 Valencia, California-based ATK Versacom recently provided audio and video production for the annual NFL pregame concert held in San Francisco. The event went off without a hitch due in part to the three Radio Active Designs UV-1G wireless intercom base stations and 18 RAD belt packs utilized to keep lines of communication open for the crew.

In past years the concert was hosted by the previous Super Bowl champions, but this year the concert was held near the historic Ferry Building in downtown San Francisco as part of the celebration for Super Bowl 50. Train and Ellie Goulding headlined the event.

The concert was also the debut of Radio Active Designs UV-1G wireless intercom with newly introduced enhancements that included a new audio board along with Base Link and system synchronization technology.

“The enhanced version represents a vast improvement in audio quality,” explains ATK Versacom’s Matt Campisi, intercom system engineer for the event. “In addition, the system delivers much higher audio levels which are incredibly useful in noisy environments like live concerts and football games.”

Even with the loud roars of the audience and a concert level PA system, the UV-1G delivered loud and clear communications for the backstage audio and video crews. In addition, because the UV-1G system is the only professional wireless systems that operates in the relatively unused VHF band, frequency coordination was much easier.

“Thanks to all of the belt packs operating in VHF, there were more RF channels available for wireless and IEM,” adds Campisi. “This was the easiest NFL Kick Off concert that I have ever done from an RF coordination standpoint.”

Enhanced Narrow Band technology allows Radio Active Designs to fits more than ten times the amount of wireless systems in the same band as FM systems. As a result, even the base stations, which operate in UHF, have a very small footprint in the UHF band.

“Because Radio Active Designs is implementing split UHF/VHF technology, I could use up to 200 belt packs and thirty base stations in the same UHF footprint as one four drop FM system,” adds Campisi. “It sounds great, features 6 RAD packs per station, gets loud and frees up RF channels needed for wireless? It doesn’t make sense to use anything else.”