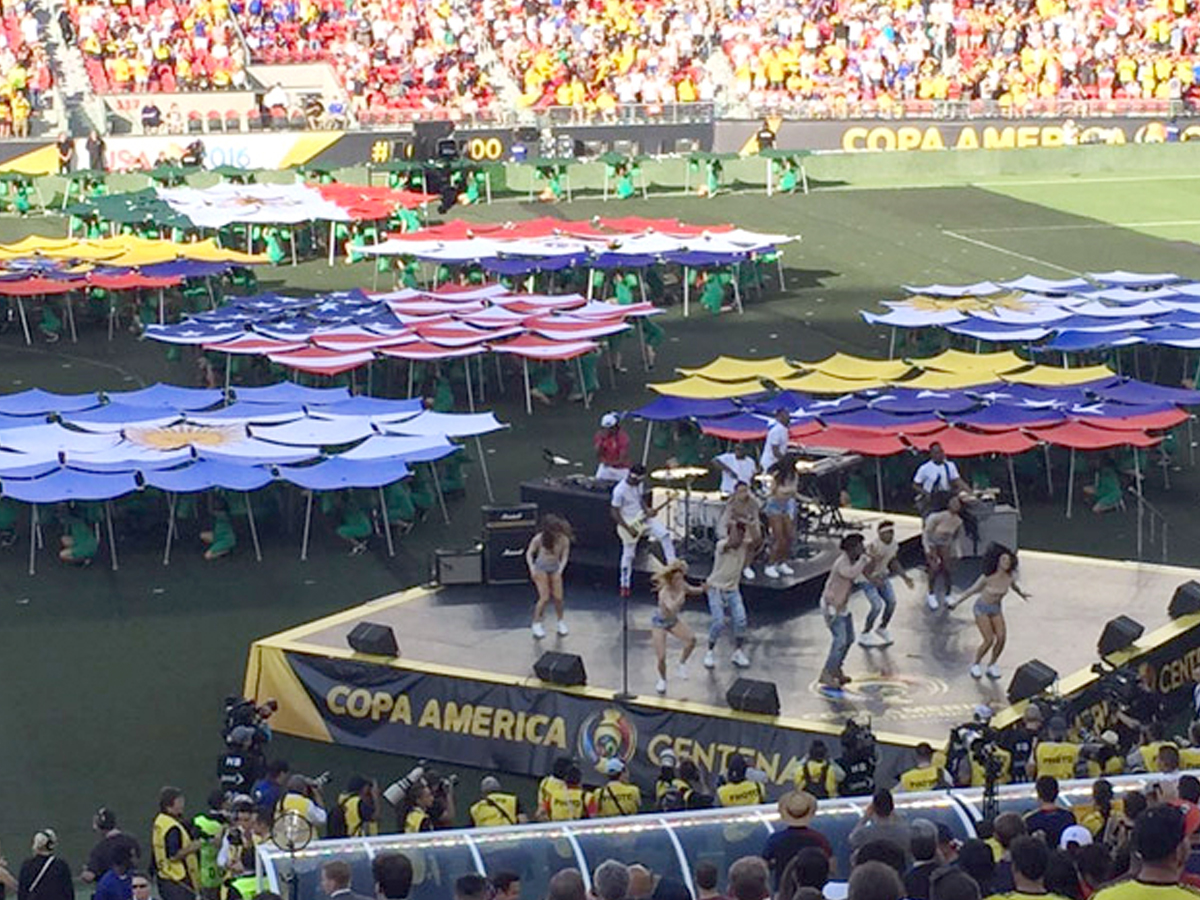 As with many large sporting events, it took more than one team to pull off a seamless event. While Five Currents produced the opening and closing ceremonies, the broadcast was covered by Broadcast Services Group (BSG), a full service production company that specializes in packaging live sports events. BSG in turn hired Professional Wireless Services (PWS) to provide frequency coordination services for the 34-game tournament.

Ike Zimbel, RF coordinator for PWS, suggested utilizing the UV-1G wireless intercoms to free up UHF bandwidth for the wireless microphones and IEM systems each ceremony required. ATK Versacom provided the gear for the opening ceremonies while Firehouse Productions stepped in for the closing ceremonies.

Both events started out with a fair amount of offsite coordination prior to the day of the show. Zimbel used IAS and then sent the results to the equipment supplier’s crew to pre-program the gear. “We not only had to plan for all of the RF – wireless microphones, IEM and intercoms for the ceremonies, game and press conferences – but each of the stadiums had their own intercoms and other “game day” RF systems that had to be worked around as well,” Zimbel explains. “Working with the RAD systems that operate primarily in VHF provided a ton of flexibility.”

“There were a lot of moving parts for both events,” says Zimbel. “At one point the opening ceremony had over 100 kids on the field forming the flags of each participating country. They all had to be wrangled into place by 5C production staff with split second timing, all this while there were more than 20 mics and IEM’s dedicated for the artists that performed and a total of 160 frequencies in the coordination. From the get go I said ‘we need to keep as much UHF available as possible’ – which is exactly what the RAD gear does. We had the UFH bandwidth we needed and the UV-1G systems provided flawless communications for both events.”

“As a frequency coordinator there is nothing better than to go into a situation where you are looking for frequencies for intercom and you get 60 candidates – VHF is like a return to the good old days,” Zimbel concludes.