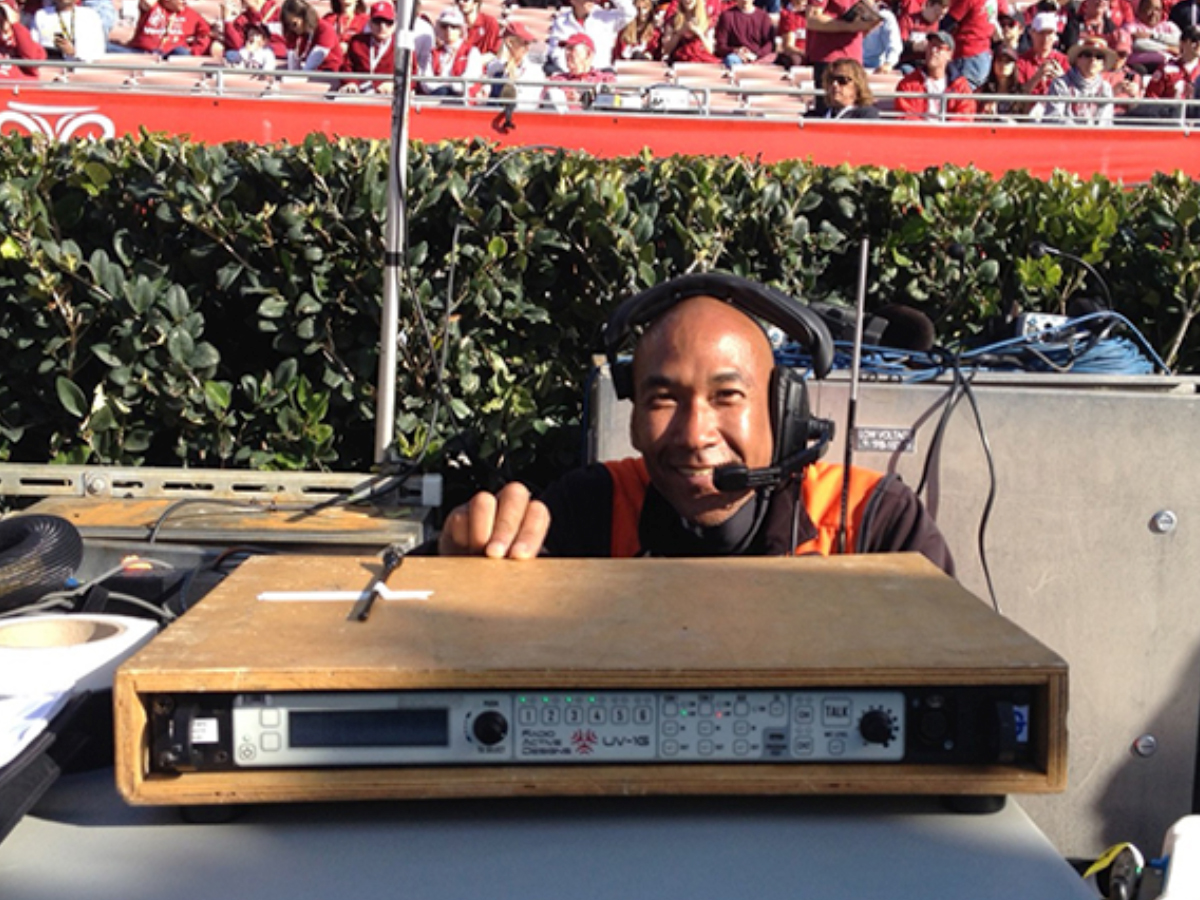 The Rose Bowl Stadium, in Pasadena, California is notorious for being one of the most challenging RF environments in the country. This year six Radio Active Designs UV-1G wireless communication units were deployed to provide some relief from the problem.

Because the stadium is situated close to most of the TV transmitters for Los Angeles, open RF channels are in high demand. During the event there were only four open UHF TV Channels to operate 150 wireless microphones, intercoms and IFB systems. Fortunately, the UV-1G unit requires less than 30 kHz of the UHF band while the RAD bodypacks operate in the VHF band – allowing RF bandwidth to be used where it is needed.

ATK Versacom was on site to provide communications for production personnel involved with pre-game and half time entertainment as well as interfacing with ESPN staff for game communications. Jim Fay, general manager for ATK Versacom, utilized three base stations and 18 RAD body packs during the event.

“We were responsible for communications and interfacing with the ESPN folks in the TV compound as well as providing intercoms for the press box and all producers, stage managers as well as IFBs for the roving reporters on the field,” Fay explains. “It is an extremely challenging RF environment. By using Radio Active Designs wireless intercoms, we rested easier than we ever have before – we were very comfortable going into the event.”

Fay also interfaced the timing channel radios to the producer Radio Active Designs base stations, so that all producers had one button access for the timing radio channel. This allowed them to easily communicate with all of the crew on radios. He continues, “Radio Active Designs designed the units to be used this way, we just hadn’t had a chance to try it before. We built special cables that connected the relays on the back of the UV-1G base stations to the key up closure on the walkie talkie radio base station so that everyone on that RAD channel could communicate with all of the walkie talkie users. This gets you a 3rd channel on the RAD system.  It worked like a champ.  Really, really useful.”

Mike Davis, RF A2 for ESPN, utilized one base station for ESPN game communications. “I’ve worked this stadium before and it is always tough – during a UCLA game we almost didn’t make it through the game,” he adds. “These were fantastic. Easy to program and so much simpler than other systems I’ve used. We even programmed alphas for each button so it was easy to know who you were talking to. I’d love to use them for football season next year.”

Radio Active Designs VF-1 VHF paddle antennas were also in use making is possible to cover the entire bowl with just one receiver antenna. A remote antenna was used in the tunnels for continuous coverage throughout the entire venue, another first for the Rose Bowl Stadium.

“Normally we would have to use at least two antennas,” adds Davis. “The entire Radio Active Designs system is easy to setup and simplifies all aspects of communication during the event. I’m a fan.”