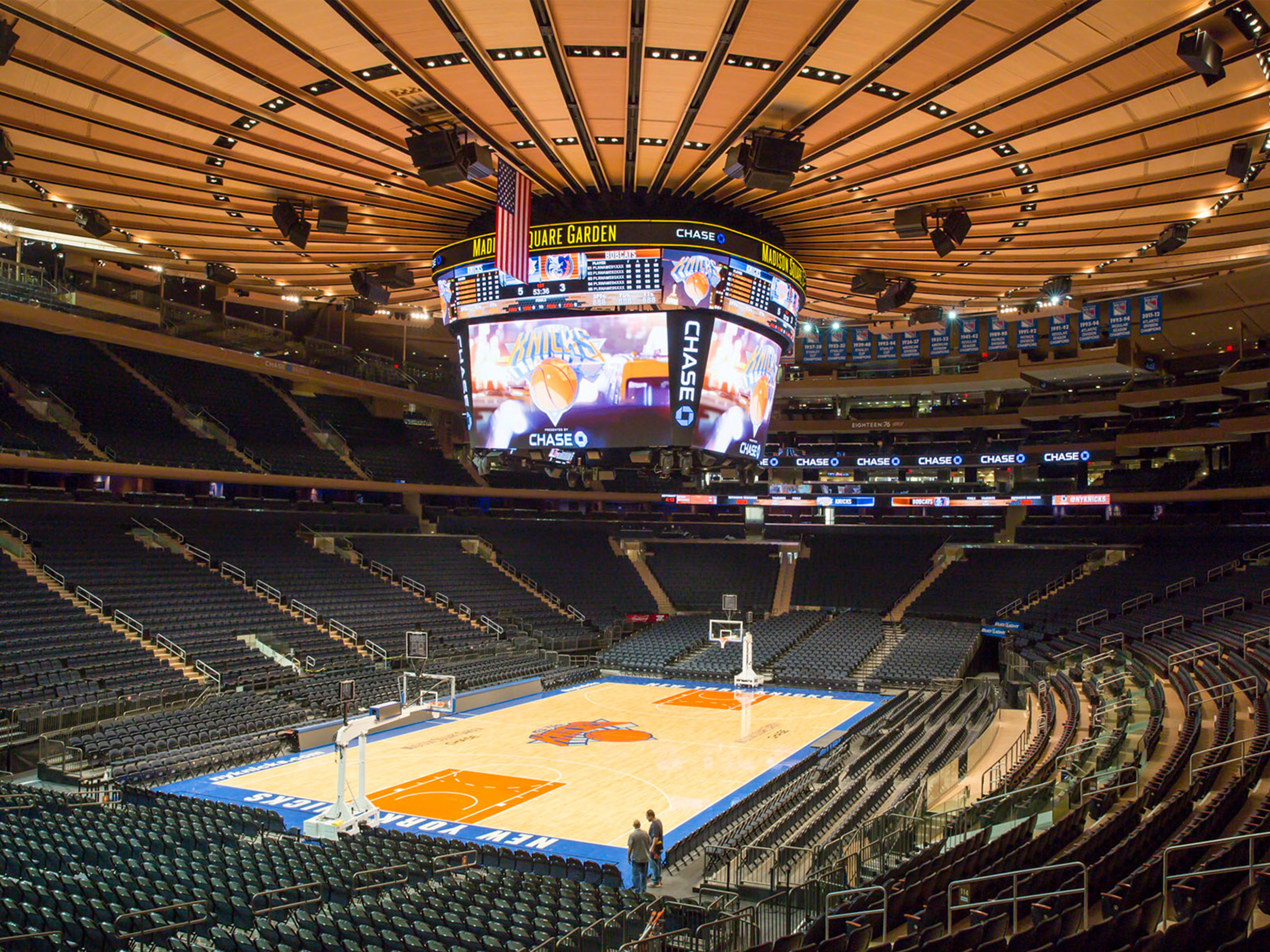 Four of the new UV1-G base stations and 24 beltpacks – commonly referred to as RAD packs – provided vital communication between production managers, riggers, special effects, carpenters, screens and automation professionals during the busy weekend. “These are key roles and we need a comm system we can rely on,” explains Vinny Siniscal, director of the wireless & communications division for Firehouse.

“We provided sound reinforcement, wireless hardware, frequency coordination and communications for the entertainment and broadcast portions of the event in arenas and theaters as well as half-time and pre/post game shows at four separate locations,” he adds. “New York City is a busy RF environment, and we were working with well over 1,000 frequencies – anywhere you can save space on the UHF band you do.”

A typical FM wireless intercom system requires 300 kHz of radio band to function properly. By implementing Enhanced Narrow Band technology, the UV-1G intercom system requires less than 30 kHz of the VHF band freeing up valuable UHF bandwidth. In addition, because the VHF band is virtually empty, every comm operator can have their own channel, eliminating any issues that can occur when forced to “double-up” in a UHF system.

“I also like the frequency agility of the UV1-G in the UHF band – it is tunable through the entire spectrum, from 470-698 MHz,” Siniscal says. “It can transmit within whatever bandwidth is available — another really nice benefit of the system.”

As with any event the size and scope of NBA All-Star weekend, reliability and durability are key qualities for gear in constant use. Although a relatively new product, the UV1-G system consistently proves itself extremely capable in demanding RF environments.

“The system is rock solid,” Siniscal concludes, “I plan on using RAD on every event I do this year, and in years to come — it is now my primary wireless intercom system of choice.”