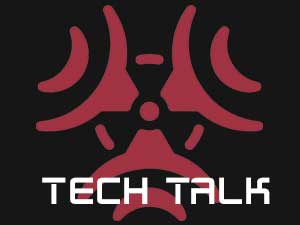 As promised, we continue to deliver updates on T-Mobile’s 600 MHz rollout to prepare you for the inevitable RF challenges that will be in your region soon.

So far, T-Mobile says it has deployed its 600 MHz spectrum in more than 900 U.S. cities and towns, 120 of which were not previously served by the carrier. Omaha, Nebraska; Augusta, Maine; and Los Alamos, New Mexico are among the cities served by T-Mobile using its newest low-band spectrum. In addition, T-Mobile says it is deploying 600 MHz LTE throughout Puerto Rico.

Further, in order to accelerate the process of freeing up the spectrum for LTE, T-Mobile has been working with broadcasters occupying 600 MHz spectrum to assist them in moving to their new channel assignments early. This means that the TV Repack may have impact far sooner than many people think. For example, T-Mobile and NBC 5 / KXAS-TV in North Texas partnered to make 600 MHz spectrum available for 4G LTE more than a YEAR EARLY. (read more here).

To quote Neville Ray, Chief Technology Officer at T-Mobile: “We’re keeping our foot on the gas to add 600 MHz to our LTE network as quickly as possible, giving customers even more capacity and coverage while laying the foundation for 5G.”

Do your homework when making a wireless purchasing decision. Know that time is no longer on our side. We need to make alternative plans for all equipment operating in 600 MHz by the end of 2018.

Feel free to contact me about the benefits of utilizing our UV-1G wireless intercom system, which operates primarily in the VHF band. It is an excellent start to conserving your available UHF bandwidth for use with wireless products that must operate there.