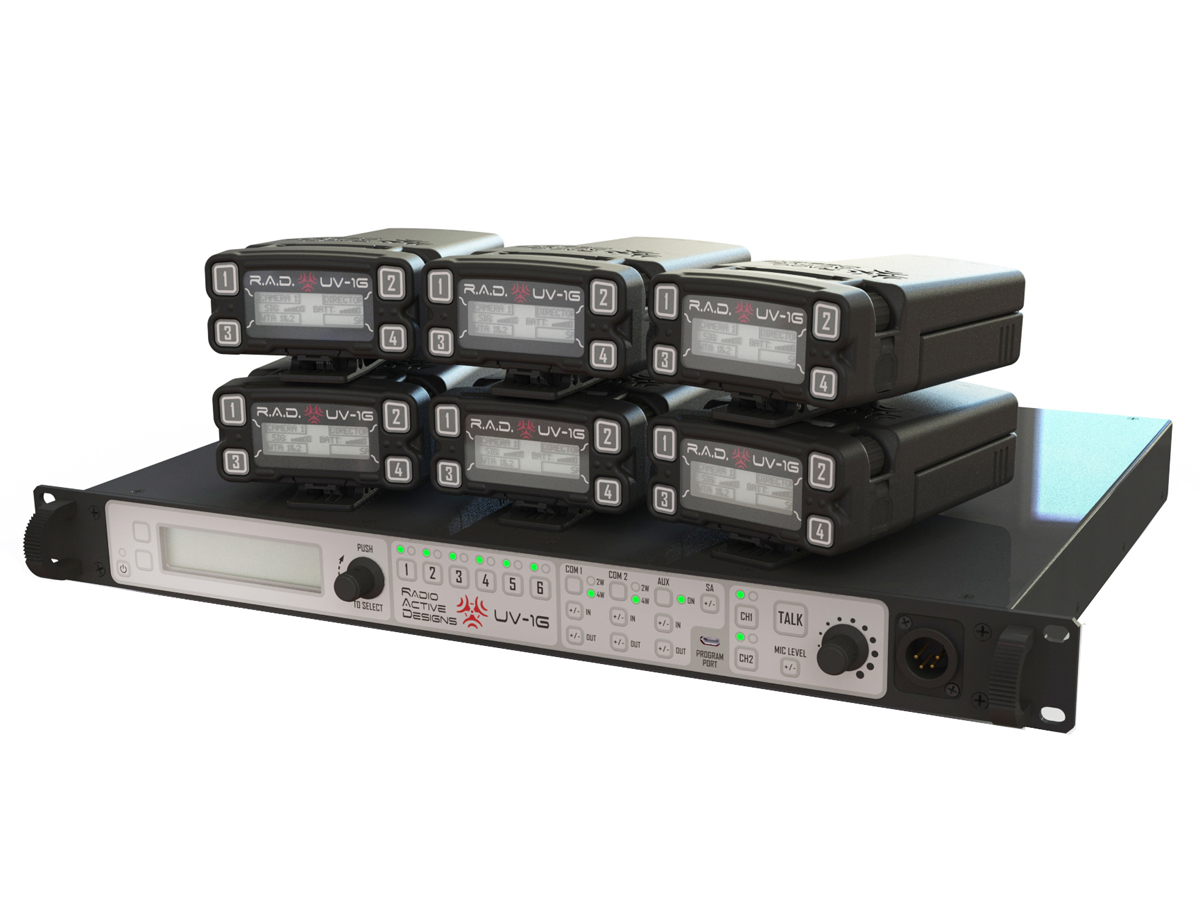 Lincoln, Nebraska (September 2015) – James Stoffo, CTO of Radio Active Designs, has announced several enhancements to their popular UV-1G wireless intercom system. The improvements include a new audio board along with Base Link and system synchronization technology.

“When we rolled out the UV-1G earlier in the year we anticipated suggestions that could make the system even better,” explains Stoffo. “This final version of the UV-1G is in response to those ideas, which has taken the product to an even higher level of sophistication.”

The new audio board provides greater dynamic range throughout the signal chain which in turn improves gain staging and audio quality. As an added bonus, because the base station has a greater dynamic range, the RAD belt packs also achieve a higher audio output before distortion than before.

“One of the challenges in creating a product that operates in VHF is audio quality,” Stoffo adds. “The new board makes our system sound every bit as good as an FM system – I don’t think anyone can tell the difference.”

In addition, the design team added a base station synchronization feature that allows users the option of locking one RAD belt pack to several different base stations at the same time. Base Link allows users to connect up to six base stations together on one isolated system for a total of 36 ISO (audio) packs.

“So far our customer feedback on the latest upgrades has been terrific,” concludes Stoffo. “People were impressed with the original and are even more so with the latest version. They were put to use at the NFL kick-off event and received rave reviews.”

Radio Active Designs was formed by a group of top wireless audio specialists to design and manufacture spectrally efficient wireless audio products so that all live events, performing arts, and broadcast media may continue to flourish with minimal negative impact from consumer devices. For more information visit http://radioactiverf.com/